These two designs from the Australian Garden Show Sydney are Andrew Fisher Tomlin’s THE UNEXPECTED GARDEN and Adrian Swain’s REFUGIUM. 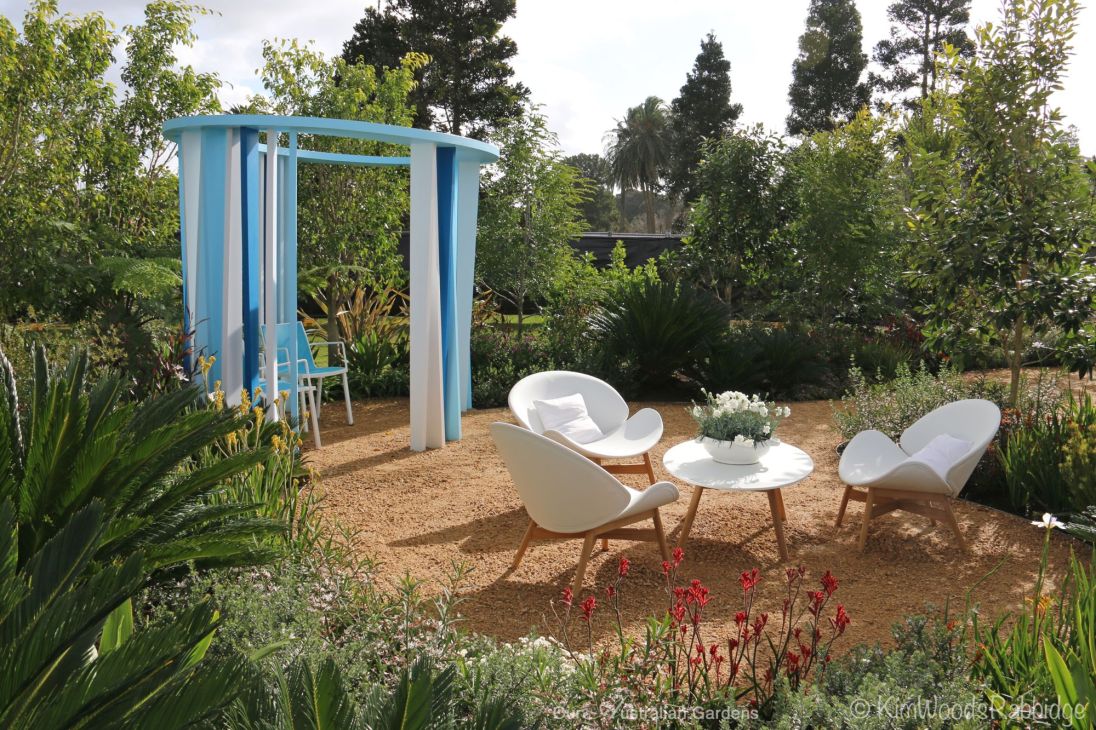 Constructed by Bates Landscape Andrew designed this Bronze winning landscape with dementia sufferers in mind. The idea was to create a place where they wouldn’t be confused by varying levels or surfaces; where they could feel and smell some of the plants spilling over the edge of the pathway; and where there was no end – the walkway loops through the garden. 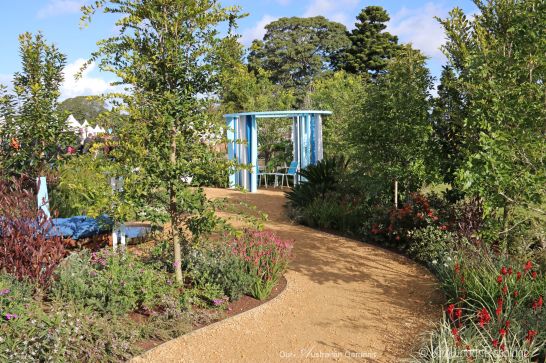 A mix of native and exotic perennials softened the granite pathway.

An Englishman in Australia… maybe this is why Andrew chose the vibrant blue hues in the pavilion and seating bay; cheery elements reflecting big blue skies (even though the Show weather was actually a bit English!).

The ethereal red stems of Acer palmatum ‘Senkaki’ emerging from a swathe of Carex appressa were in a quiet section of the garden, in contrast to the lineal bands of perennials between stone and timber ledges.

The blackbut pavilion benefited from the shelter of glossy-leaved Elaeocarpus reticulatus and tuckeroos.